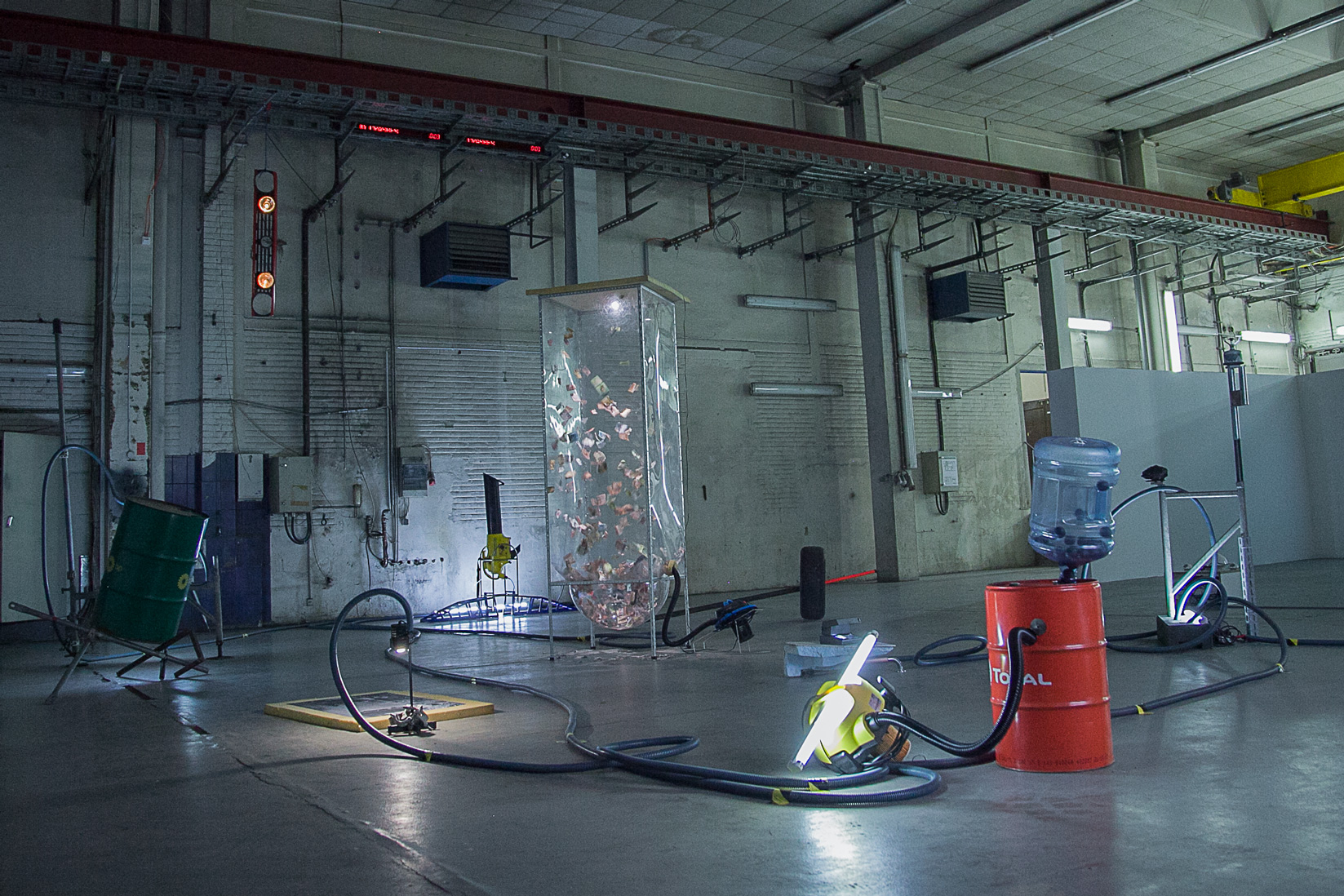 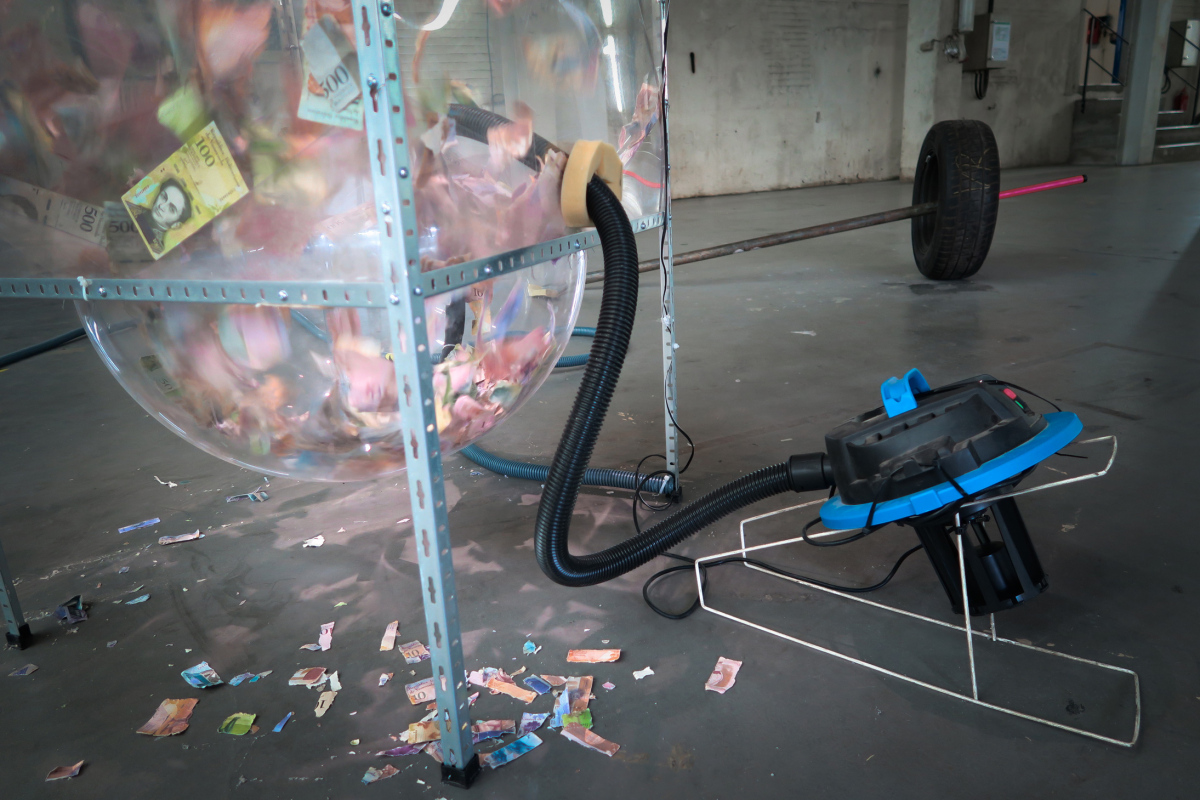 1.000.000% proposes a sculptural landscape built around the contradictions and precariousness inherent in economic turmoil, particularly that of countries facing a „resource curse“ such as Venezuela, home to the world‘s second largest oil reserves yet submerged in one of the worst humanitarian and economic crises of our time. The title itself refers to the projected inflation rate in Venezuela by the end of 2018, and just as figures and statistics like this serve as abstracted tools for understanding, so these works and their interrelationships act almost as theatre set pieces, relics from a not quite post-apocalyptic narrative.

-
Alenso composes with industrial and found objects, mirroring the speculative and metaphorical contents found within certain political and economic phenomena. The past and future lives of the materials become spontaneously formalized while transcending their coldness with a resigned melancholy, pieces in a game larger than themselves.

-
A whirling chamber of recently defunct Venezuelan currency (the Bolivar Fuerte) mimics the „Ciclón del dinero“, a popular feature on TV game shows in which contestants have sixty seconds to enter a wind chamber and grab as much cash as possible, a particularly absurd, almost cruel set-up in a country wrought with dire economic hardship, where a backpack full of bills are needed to buy basic necessities like a liter of milk.

-
Meanwhile the fetid smell of an old oil drum permeates the room as the hectic sounds of the Chicago Stock Exchange call from the drum’s bottom. Machines turn on and off in space among reappropriated ephemera, balancing upon each other, for now. In a society faced with incessant upheaval, an inverse correlation forms between its capacity for improvization and its capacity for astonishment. Playing upon the link between games of luck and economic speculation, Alenso utilizes this uncertainty and vulnerability, identifying with it as a means of prototyping her own visions.

Existing within a daily life when seemingly nothing can be predicted and people become accustomed to tragedy, 1.000.000% sits like a heavy boulder on the edge of a cliff: a deeply calm and heavy precarity weighing down the tropical drama, at least until tomorrow.